January 14, 2017 | by Wayne Cerullo | 0 Comments
Let’s just say you landed a job as the new CMO at a really great growth company. And not just ANY company. You just snagged a role at a really hot start-up. Pre-IPO stock options. In-house chef. The works.
But wait – there’s more! Your product (or service) is not an “also-ran” entry in an undifferentiated commodity market with nothing to talk about. No, you’re marketing a true leading-edge product with demonstrable superiority. A product (or service), they say, that practically “sells itself”.  You nailed it!
The Scariest Words In Marketing 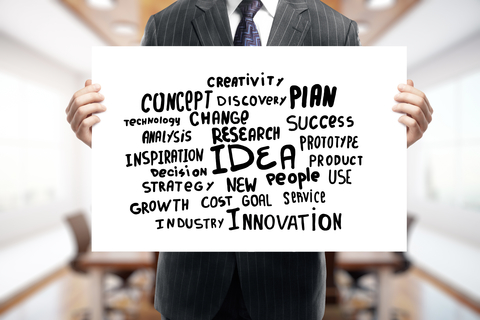 That’s the good news. But it’s also the bad news. It means that you face seven real obstacles that your predecessor likely did not overcome:
Ironic, isn’t it? The scariest words in marketing just might be “we have a product that sells itself.”
Come to think of it, why do you think that CMO position was open? Unless you come up with another way to sell it, that “piece of cake” assignment just might be the “kiss of death”!
This is not a fantasy. I recently worked with clients in three completely different industries. Each had superior solutions to real problems. And each was stuck in the mud.
The problem was that, in their enthusiasm for their newly-found superior solution, they failed to own the solvable problem. And identify who in the prospect company really suffered from it. And who in the company had the budget to solve it.
They all were suffering from invisibility… that is, their prospects needed to see a problem that should and could be solved before they could see buying a solution. Until then, the “problem” was just “fact of life”, like breathing… which leads me to a story…
The Challenge of Selling Air

I recently had the opportunity to hike Mt. Whitney, which at 14,505 is the highest peak in the contiguous US. I was pretty excited about it… except that I know I get fairly severe altitude sickness (don’t ask).
So one of the things I was encouraged to bring was a can of oxygen. Yes, I bought a can of… nothing.
Except that at high altitude, nothing becomes SOMETHING. Something very important. An invisible element we never think of becomes a VITAL ingredient. Canned oxygen becomes the solution to altitude sickness.
To make the point even clearer, there was a label on the can advising me that, yes, the can IS light and yes, it DOES feel empty, but no, this is not an “empty” can of nothing… because oxygen IS light! (You can imagine how many customer service calls led to that notice).
In the context of my three clients, they each were focusing on promoting the solution of “canned oxygen” (who needs that?) rather than the problem of “altitude sickness” (I’ve got that!).
The First Big Problem of “Problem Marketing”
The first really big problem in marketing true innovations is naming and transforming the “fact of life” into a “problem you ought to solve”. That means prospect education through four stages of “problem messaging”:
The Second Problem is the Really the First
So the first step in successfully selling a product that “sells itself” is selling the problem, not the solution. But there is a problem in making problem marketing your top priority. It’s the company that hired you! Oh, no!
Think about this. Who are the people in all the world who have the hardest time seeing that the problem is invisible? Right – it’s the founders of the very company that was formed to solve it!  They are the very people who first saw the problem clearly enough to invest in creating a solution!
This is tricky. Everyone else in the company naturally is excited about getting the story out about their great new product! Everyone else is an evangelist for how clear and compelling their solution is!
In fact, it’s not unusual to hear sales or engineering teams getting frustrated with prospects who are “too dumb” because they “can’t understand our product”.
And now the marketing team is telling them they have to devote most of their energy to talking about the problem and not the solution? I don’t think so! Maybe marketing doesn’t get it either!
So you can see how this becomes a fundamental cultural issue. But if the marketing team buys into the internal culture, they are dead. That’s because the marketing team needs to be the conduit between “outside” people and “inside” people… without losing the connection with either.
Clearing the Air
The path to progress – and that successful IPO – is to address the two tasks of marketing innovation – or problem marketing – in the right order. Make sure internal management buys into and supports the need to evangelize the problem before you can evangelize the solution. And then walk prospects through the steps to seeing the invisible. It will be a breath of fresh air. And everyone – including you – will breathe a lot easier.

This article was first posted on the MENG Blog.

Wayne founded B2P Partners to make B2B marketing more powerful by making it more personal. His passion is to help companies and individuals more effectively and enjoyably serve the people who are their clients. Read More